The Government has decided not to put the Treasury Laws Amendment (Enterprise Tax Plan No. 2) Bill 2017 to a vote in the Senate ... for the present point in time (it had already passed the House of Representatives without amendment).

Just in case the tax cut situation wasn't confusing enough, the leader of the Opposition, Bill Shorten, announced at a doorstop interview that, if elected, Labor would repeal the existing company tax cuts for companies with turnover between $10 and $50 million.

However, a few days later, after a Shadow Cabinet meeting, Mr Shorten confirmed that a Labor government would not touch business tax cuts that have already been legislated, due to the uncertainty that would generate.

However, he reiterated that Labor does not support the further tax cuts for larger companies that may be legislated in the future. 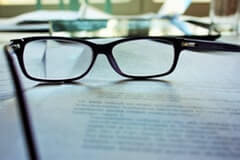 ATO guide to the 5 most common Tax Time mistakes

As Tax Time 2018 has 'kicked off', the ATO has profiled the five most common mistakes they see, including taxpayers who are:

ATO Assistant Commissioner Kath Anderson reiterated the three 'golden rules' for work-related expenses: "You must have spent the money yourself and not have been reimbursed, it must be directly related to earning your income, and you must have a record to prove it."

Single Touch Payroll (STP) officially commenced for larger employers on 1 July 2018, and the ATO has provided some further guidance for affected entities.

The ATO is writing to employers who started reporting through STP before 1 July 2018, providing them with information about how their employees' payment summary for 2017/18 may change with STP, including the following:

The ATO has also recognised that some employers may not have been ready to start STP reporting from 1 July 2018, and these employers (or their tax agent) may be able to apply for a
deferral.

For example, employers that live in an area where there is no internet connection, or where the connection or service is intermittent or unstable, can apply for a deferral or even (in very limited circumstances) an exemption.

The ATO has become aware of people in some suburban areas of major cities attempting to encourage others to illegally access their super early (generally for a fee) to help them to purchase a car, to pay debts, to take a holiday, or to provide money to family overseas in need. The ATO advises that anyone approached by someone telling them that they can access their
super early, or anyone hearing about it from family, friends or work colleagues:

Note: If the cryptocurrency is held as an investment, the taxpayer will not be entitled to the personal use asset exemption but, if they hold the cryptocurrency as an investment for 12 months or more, they may be entitled to the CGT discount. If the disposal is part of a business the taxpayer carries on, the profits made on disposal will be assessable as ordinary income and not as a capital gain.

The ATO has also provided guidance regarding the tax consequences of the loss or theft of cryptocurrency, as well as of 'chain splits'.