From 1 January 2020, eligible individuals with multiple employers can apply to opt out of receiving super guarantee ('SG') from some of their employers, to help them avoid unintentionally going over the concessional contributions cap.

If appropriate for them, they should submit the relevant ATO form to apply for an SG employer shortfall exemption certificate, which releases one or more of their employers from their SG obligations for up to four quarters in one financial year.

The measure only became law on 2 October 2019, so to give eligible employees time to make an application, the ATO will accept applications for the 2019/20 financial year as follows:

A separate application is required for each financial year. 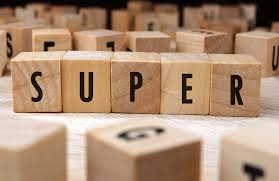 The Government has recently passed legislation requiring insurance in superannuation for new members under 25, and members with low balance accounts, to only be offered on an opt-in basis from 1 April 2020.

Importantly, low balance account holders and young members will still be able to opt in if they want to take out insurance.

Additionally, a targeted exemption will allow trustees to elect to provide insurance on an opt-out basis to members employed in emergency services,
such as police, ambulance offers or firefighters, or other workers employed in the top 20% riskiest occupations.

The ATO has provided a novel, though important, reason for businesses to update their ABN details: to help businesses to manage the coming disaster
season.

ABN details are used by emergency services and government agencies to help identify and contact businesses during times of emergency and potential disaster.

Therefore, to make sure they don’t miss out on receiving important information, the ATO asks that businesses update their ABN details, including authorised contacts, physical location, email and phone number.
Also, if a taxpayer is no longer in business, the ATO asks they cancel their ABN so they aren't contacted unnecessarily.


As the ATO's data-matching capabilities increase, they are paying close attention to capital gains made on shares, property and cryptocurrency.

Therefore, it's important to let the ATO know about any asset disposals (which can include an asset's sale, loss or destruction) and to keep records relating to CGT events, including asset disposals, for at least five years after the year in which the event occurred (and maybe longer if you make a capital loss). Good records will also help to work out a capital gain or loss correctly.

The ATO considers the lodgment of an SMSF's annual return on time to be a fundamental part of an SMSF trustee's obligations.

Consequently, from 1 October 2019, if an SMSF is more than two weeks overdue on any annual return lodgment due date and hasn't requested a lodgment deferral, the ATO will change their status on Super Fund Lookup ('SFLU') to 'Regulation details removed' until any overdue lodgments have been brought up to date.

Having a status of ‘Regulation details removed’ means APRA funds won't roll over any member benefis to the SMSF and employers won't make any super guarantee ('SG') contribution payments for members to the SMSF.

The ATO says it is taking this approach because "non-lodgement combined with disengagement indicates that retirement savings may be at risk".

While the fund's status is 'Regulation details removed', members should alert their employer to make any SG payments into the employer's default super fund or a fund of the member's choice until the SFLU status of the SMSF has been updated to 'complying'.

A taxpayer has unsuccessfully tried to challenge an excess transfer balance tax liability, despite following the ATO's instructions.

The taxpayer was receiving three pensions in 2017, including two capped defined benefit income streams and one account based pension.

The taxpayer then commuted $376,646.00 from his account based pension on 31 January 2018, but additional earnings continued to accrue due to the commutation being 72 cents short, so the ATO had to issue another excess transfer balance determination of $3,841.96 on 1 July 2018 (which the taxpayer acted on by making another commutation in August 2018).

The taxpayer challenged this before the AAT, contending that, despite doing what was required of him by the 3 January 2018 letter, he was still liable for the excess transfer balance tax, to which the AAT replied:

“That is true but the problem for the applicant is that the determination period on which the tax liability is based is not determined by reference to when the taxpayer is first informed of his excess transfer balance. Further, the applicant does not avoid a tax liability by complying with the request to commute funds out of his superannuation income streams. That is made clear by the letter from the Commissioner dated 3 January 2018 which requests the applicant to commute the necessary funds but goes on to say “when you are no longer in excess of your cap we will send you a separate ‘Excess transfer balance tax notice of assessment’ detailing the tax amount payable”.”

The AAT agreed with the ATO’s contention that the taxpayer was liable for the excess transfer balance tax, that it had been calculated in accordance with the tax legislation, and that there was no discretion for the tax to be waived.